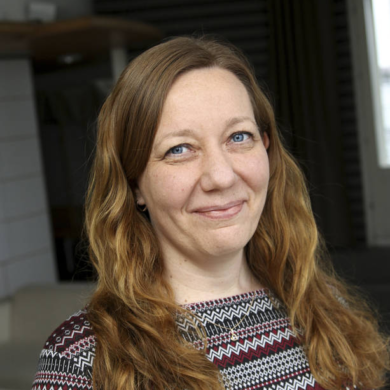 Tiia Ngandu is currently working at the Public Health Promotion Unit, National Institute for Health and Welfare, Helsinki, Finland as a research manager and leader of the Dementia Prevention group. She is also affiliated to the Alzheimer’s Disease Research Center, Karolinska Institutet, Stockholm, Sweden. She has completed her medical studies in 2007 at the University of Kuopio, Finland, and her PhD in 2006 at the Karolinska Institutet, Sweden. She received the title of docent at the University of Helsinki in 2017.

Tiia Ngandu’s major research interests are in the area of dementia epidemiology, particularly risk factors and prevention of Alzheimer’s disease and cognitive impairment. She is involved in population-based studies investing modifiable dementia risk factors, and clinical trials to prevent dementia. She is the coordinator of the ongoing Finnish Geriatric Intervention Study to Prevent Cognitive Impairment and Disability (FINGER). She is also involved in several European and global dementia prevention projects, including the recently launched World Wide FINGERS network. She has authored approximately 50 original articles.