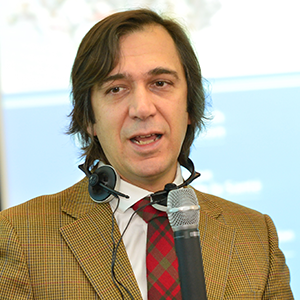 Head of the NCD Office in Moscow, Russian Federation. This office leads WHO work on strengthening national capacity in all 53 countries in the WHO European Region to prevent and control NCDs, promote an intersectoral approach and develop policies to tackle NCDs.

During the previous 7 years before moving to Moscow João Breda has been the Programme Manager: Nutrition, Physical Activity and Obesity at WHO Regional Office for Europe based in Copenhagen, responsible for providing support to the 53 Member States of the WHO European Region on the implementation of the European Food and Nutrition Action Plan 2015-2020 & the Physical Activity Strategy for the WHO European Region 2016-2025, as well as evaluating their implementation process.

PhD in Nutritional Sciences from Porto University where he defended a thesis focused on alcohol and young people. He has done his Master Degree in Public Health by the Faculty of Medical Sciences of Lisbon University and an MBA from the European University in Barcelona.

In 2007, in collaboration with WHO, organized the first meeting of the WHO European Childhood Obesity Surveillance Initiative in Portugal. Nowadays, the Initiative is unique in the world and has expanded considerably.

He was the first coordinator and led for several years the National Platform against Obesity.