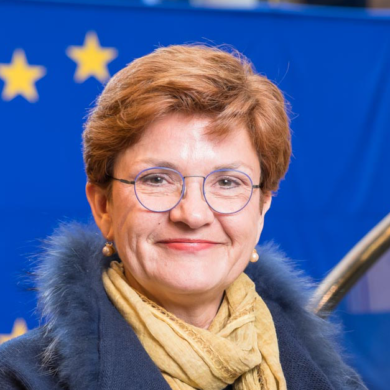 Since 1991, she’s on the board of directors of the National Federation of Vegetable Growers of France (FNPL), branch of the National Federation of Farmers’ Unions (FNSEA). From 2001 to 2012, she assumed the presidency of FNPL, a member of the FNSEA board of directors. In 2007 she also became a member of the board of directors of the CTIFL (Interprofessional Technical Center for Fruit and Vegetables) and the GIS PICleg, and she chairs or is member of a dozen other agricultural commissions. She is also president since 2012 of the association SOLAAL (Solidarity of agricultural and agro-alimentary producers).

In the European Parliament, she’s on the Environment, Public Health and Food Safety Committee (ENVI) and is an alternate member of the Agriculture and Rural Development Committee (AGRI).